Why You Should Get a Will Today

The subject of death is a hard pill to swallow; there is nothing more daunting than confronting your own eventual end. Unfortunately for us all, however, people come and people go – it happens to 100% of human beings who temporarily call Earth home.

It is likely, then, that it is this very-human phobia of our own mortality that causes so many of us to casually fail to ignore the after-effects an untimely death can bring. In fact, recent findings by the BBC stated that around 70% of people in Britain still have no formal last will and testament prepared a frightening statistic if you know what trouble this can cause after you’re gone.

If you want to save your family a bureaucratic nightmare, then, and have the final say in where your life’s work ends up, we recommend you read on. 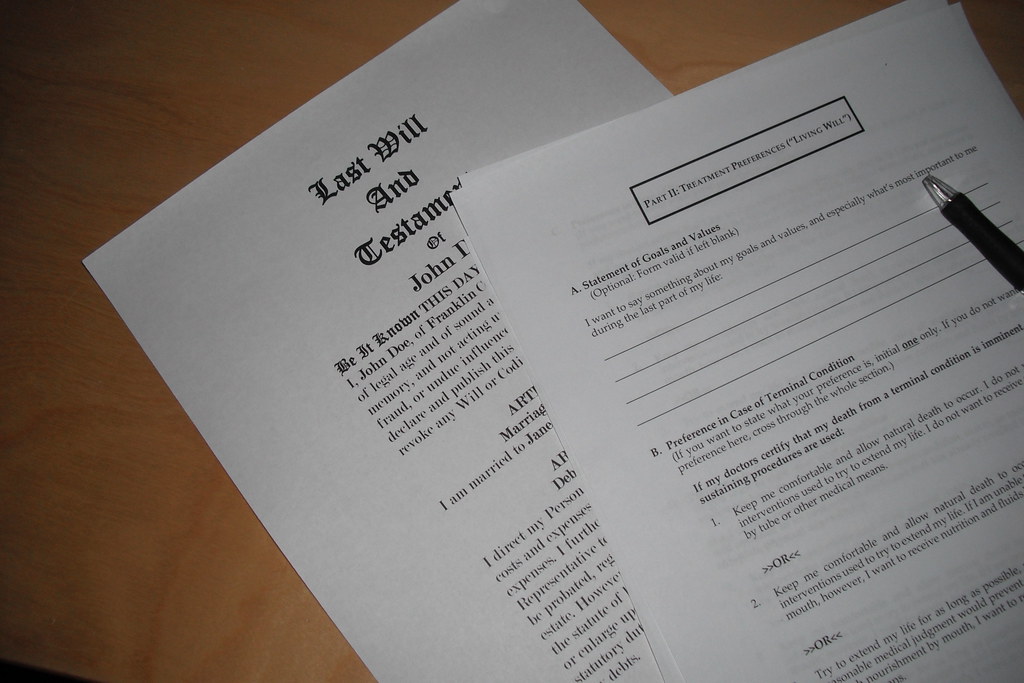 Dying intestate (i.e. without any formal will prepared) means that your entire estate – your children’s inheritance, to give it another name – will become parsed through the frustrating, convoluted and unpredictable UK intestacy laws. These laws are designed to disperse the entire contents of the deceased’s estate in the fastest and most uniform way possible. Fortunately, however, fast and uniform is not how you should treat such affairs, and it’s likely that you won’t share the same intentions for your money as the Government. No will means any say.

To give you a little perspective, here’s a straight-forward example. Imagine for a moment that you are unmarried, have no children, have left nobody behind to survive you and failed to write an official last will and testament before your death. Well, with the speed of a thousand bullets, your entire estate will drop snugly into the pockets of the Crown – a convenient policy that reportedly made the State ₤73 million in 2009 alone.

The more children, ex-spouses and surviving blood relatives you have, though, the more the outcome becomes difficult to predict.

For parents, I would hope you would deem it a worthwhile consideration to think about what will happen to your child’s inheritance should you die intestate.

This time, imagine you are married with one child. For the sake of example, too, let’s say that you bought the house before the wedding and your spouse moved in afterwards. Because you were so busy with work, you never got around to adding their name to the deeds of the property; officially, the house belonged only to you at the time of your death – regardless of the input from your spouse over the years. In this case, your spouse would only inherit the first ₤250,000 of your estate, while half of the remaining sum would go to your child. Your spouse would then get a ‘life interest’ in the amount left over, meaning they cannot sell or extract money directly out of it, but they can benefit from any interest it accrues.

The above is a pretty open and shut case, and no matter how long your spouse called your house home, no matter how much they contributed – how much of the mortgage they paid – in the eyes of the Law, it wasn’t theirs before you died and it isn’t theirs now.

Why You Should Get a Will Today

At this point, after that brief little overview, you may be thinking that this doesn’t seem too bad. After-all, everyone seems to get a little something, right? Unfortunately, this is only applicable when the estate is over ₤250,000 – if the total amount is lower than your spouse gets nothing. What’s more, you have no control in where your money ends up. Would you like to leave a cash gift to that old school friend who became a part of the family through the years, or perhaps a little helping bonus to the child supporting her own family on a low paying job? Perhaps you’d like to leave your neighbour your car and your bit-on-the-side the dog, or perhaps you’d like to leave your brother your CD collection and your boss your out-house. Well, without a will, you can’t – and changing the decision of the court is almost impossible without written evidence to the contrary. Coles Solicitors can help you provide specialised predictions regarding your personal situation.

Fundamentally, your  Last Will and Testament is your official direction regarding what will happen with your physical legacy on Earth after your gone. At the very least, for the sake of the hours you spent building your estate – all of the late nights, the savings, the mortgage repayments and the memories – only you should have the final say on where it will end up. So make sure that’s in the hands of those who you know will appreciate it.

Why You Should Get a Will Today is a feature post

Create Your Own Kindness

The benefits of home …

Short Quotes about the …

An Unusual Tip for …

Quotes About Kindness for …