My fantasy dream dinner party wouldn’t actually be ‘dinner’ at all.  It would in fact be all about indulging the cravings I get several times a year at children’s birthday tea parties!

I would make my dinner party all about ‘party time.’

So many times as adults we stand at children’s party teas wishing we could nibble the egg mayo rolls and sausages on sticks and those scrummy chocolate cupcakes but we don’t want to appear to pinch food from the mouths of babes do we. So we just stand and look and wish we were little enough to be piling up our plates too. 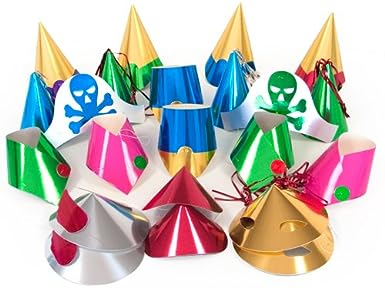 So I would do a posh ‘kids’ party tea for the grown ups as I think it’s a bit of a secret longing we all have to put on party hats, blow out a little trumpet streamers and tuck right into a feast of goodies.

Guest have to come in their very best bright party frocks or most colourful shirts and trousers (no ties!) and each would bring me a brightly wrapped gift (or at least I would hope they would …would be cheecky to ask!) They will have been sent a lovely invitation. Each guest will get a colourful helium balloon tied to their chair which they could take home with them.

Pots and plates will be mismatched china in cheerful patterns. Glasses would be colourful and tall. 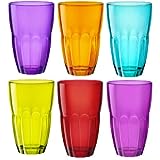 The menu would be bright, light, extremely yummy and plentiful. Little jugs of colourful wild flowers would adorn the table.

What we would eat at my dream dinner party

Cubes of edam and fresh pineapple and mango on sticks,

Lots of little jugs of Pimms and lemonade

Ready for the puddings?

Bowls of the sweetest cherries

And for every single party guest a whopper of a knickerbockerglory. It would be  filled with cream and jelly and icecream and custard and peaches as well toffee sauce and honeycomb. It would be adorned with a curled wafer and a long handled spoon.

If you are trying to imagine it, it would look a little like this….

(Yes it would be a LOT of work but not too complicated though and what an absolute delight to share plus it would all be made pre party and set out so lots of time to chat and play with your guests.)

For entertainment we would play pin the tail on the donkey, pass the parcel and musical statues (to 80’s music) We would have amazing prizes like spa trips, with the very best of chocolates for the runners up. We would also hire an adult sized bouncy castle!

The birthday cake would be my favourite coffee walnut cake which we would down with a glass of champagne and a hearty sing song.   In the party bags would be homemade shortbread and a mini bottle of pink fizz (and a few water bombs!)

I hope you enjoyed my dream dinner party – do tell me about yours!

How many employees choose …

The Pros and Cons …

Your first day: How …

How to Create and …

Tips for Creating a …

How to beat the …