When you think of visiting the East End of London you might think of cockney wideboys like Del Boy from Only Fools and Horses, the notorious Kray Brothers and of course EastEnders. While those things are associated with the area, you’re more likely to find the East End of London to be an up and coming area – a melting pot of cultures and rather an artsy one at that.

Visiting the East End of London

Home to many a famous artist, including the world renowned graffiti artist Banksy, you’re as likely to see his famous works of art gracing the walls of local buildings as you are to hear the famous cockney accent, especially if you just so happen to stumble across the barrow boys in one of the local markets. East London’s hidden gems are plentiful, so why not explore a few?

Fans of curry will love Brick Lane. It’s reputedly the best place to get a curry in the whole of London and you’ll find everyone from locals to posh city workers practically queuing to get into their favourite curry house. Originally an old Jewish district, but now largely inhabited by the Bangladeshi and Indian community, you’ll find synagogues in the back streets, bilingual road signs, several famous markets and an annual festival. 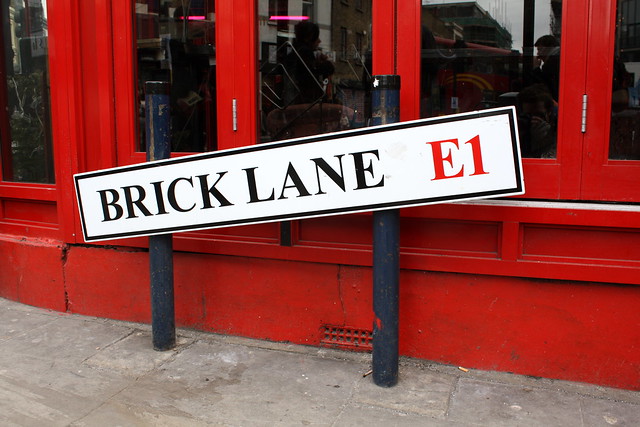 Brick Lane forms part of the Whitechapel area, famous for one of its most infamous and gruesome inhabitants, Jack the Ripper. The serial killer, who preyed on prostitutes in the dark cobbled alleyways of Whitechapel, is notorious worldwide. Today you can join tours of the area and see where this elusive killer brutally murdered his victims. A haunting area of London, in more ways than one.

Visiting the East End of London

Famous for its huge high rise buildings, like Canary Wharf, along with the London Docks that were previously located on the site, and now home to expensive and exclusive office and housing developments, The Docklands are an interesting and often lively place to visit. There are great views to Greenwich from The Isle of Dogs – you can even walk underneath the River Thames here and venture into Greenwich itself, taking in the Cutty Sark, The Queen’s House and Greenwich Park as you go.

The Canary Wharf complex has numerous bars and restaurants catering not only to the after work clientèle but visitors to the area too, and if you just so happen to take a wander along the banks of the Thames, you’ll find plenty of riverside pubs to relax in.

Visiting the East End of London – why it is so special

The East End is home to many an attraction. You can channel Del Boy and visit the many markets in the area, including the more famous Petticoat Lane, Spitalfields and Brick Lane markets, dine in Gaucho’s at Canary Wharf with the city set and visit the city farm in The Docklands.

Maybe even have a drink in The Blind Beggar Pub, one of the best known pubs in the whole of London, thanks to its association with The Krays, after Ronnie Kray shot George Cornell in there in 1966.

Whatever you do in East London, you’re sure to find it a welcoming, larger than life area of London that’s steeped in history, even if it is a slightly murky one.

Visiting the East End of London is simply magic and trip  you do not want to miss – ley me know if you go and do drop me a comment telling me what you thought of your visit.

pls see my disclosure policy to find out more

How to Ensure Your …

How to get free …

How to Choose the …

How to organize your …

How to Stay Calm …

How Covid has affected …

Tips for choosing a …